Julliot is the innovator of the Foster Extension, Split E mechanisms, and Split F#, and considered to be among the best flute makers, similar in quality to Louis Lot, Bonneville, and Godfrey.


This flute design was approved by Taffanel & Gaubert, and is a very important flute in history, as well a nice playing instrument

This is a french flute handmade by Djalma Julliott, handmade in the year 1938. It is stamped with the french bore head, the French hallmark and engraved in detail on all 3 pieces. The engraving reads Body is engraved:

While the Julliot flutes were made with the same level of quality as the Louis Lot, Bonneville, and Godfrey, they were known to be preferred and played by many great flute players from the french school (Paul Taffanel, Philippe Gaubert and François Borne). This Julliot Flute is a bargain in today's market and surely will appreciate in value over time, as well as please the collector and player of the golden era french made / style flute.

Djamal Julliot published a book, called "La maison Djalma Julliot", which is shown in pictures and contains all types of wonderful information, written in French of course.

Condition
This flute is in outstanding condition for age, and has been fully overhauled and is ready to play.

There are no dents or dents. The hand engraving is lovely and detailed on all 3 pieces.

The pads and corks are new. The soldered tone holes are in excellent condition, and the keys and mechanisms and springs move freely.

It does come with the original case, which does work and hold the flute nicely. The buttons that llatch the case are in tact but a bit difficult to use.

It will need some minor adjustments; that we shal take care of prior to shipment


Please call or email with questions

We accept US bank checks, paypal, and all major credit and debit cards (Visa, Mastercard, American Express, and Discover).

For credit / debit, please include the 3% fee to cover the bank charges (as we do not price for this in our listed prices). 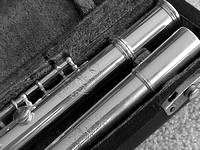 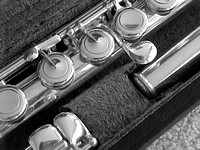 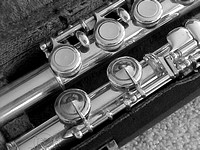 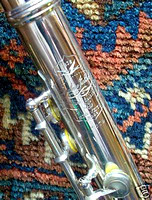 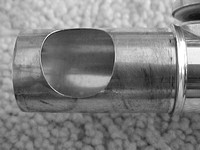 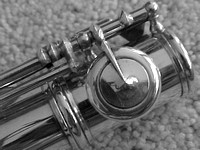 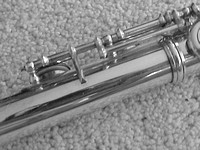 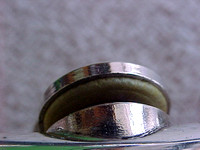 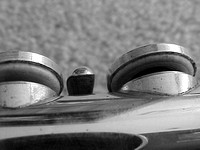 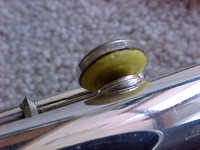 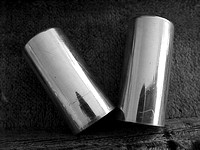